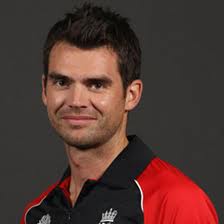 “Desert Springs has developed a fantastic reputation not only for golf and its additional sporting facilities, but also for providing a quality of lifestyle that all of the family can enjoy. That in particular is something our family is looking forward to during our visits to the resort throughout the year. It is a privilege to be an ambassador for them.” 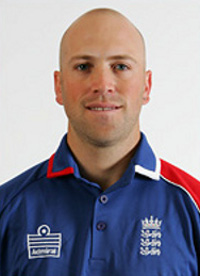 “Desert Springs is an outstanding venue which provides some excellent new cricket practice facilities for warm weather pre-season team building and training as well as players rehabilitation, and both James and I look forward to being part of its expanding plans for the future.”

Desert Springs, Europe’s only international award-winning luxury family resort and championship desert golf course, already well known as a resort specialising in family holidays is proving to be one of the most popular destinations for warm weather winter training camps for Golf, Football and Cricket among the growing number of schools with their own academies and teams in the UK.

The resort will be host this winter season to the Cheltenham College Cricket Junior School, Darren Clarke Golf School, Lee Westwood Golf School and the Hartpury College Football Academy to name but a few, where budding sports stars of the future can improve their skills.

All Sports Training Camps to Desert Springs are bespoke. If desired, the programme can include time away from the resort for some local sightseeing in what many regard as ‘the real Spain.’

During their stay attendees have opportunities to swim, play tennis and use the gymnasium, trim trail, jogging tracks, paddle tennis and beach volleyball courts at the Sierras Sports and Fitness Club.

Accommodation is provided in the luxury apartments and villas available for holidays and short breaks at Desert Springs. Meals are served in the resort’s Croc Restaurant, part of the family-friendly Crocodile Club that is geared up for a wide variety of leisure activities and the award winning El Torrente Restaurant at the Club House.

Facilities at Desert Springs include:

Desert Springs takes it name from the region’s desert microclimate, which is unique in Europe. It has the warmest winter weather on the continent with an annual average of more than nine hours of daily sunshine and maximum daily temperatures of between 16°C (60°F) and 30°C (86°F) throughout the year.  Annual rainfall is less than 200 mm.  The Almanzora coastal waters are among the cleanest and warmest in Europe, attracting both fish and diving enthusiasts.