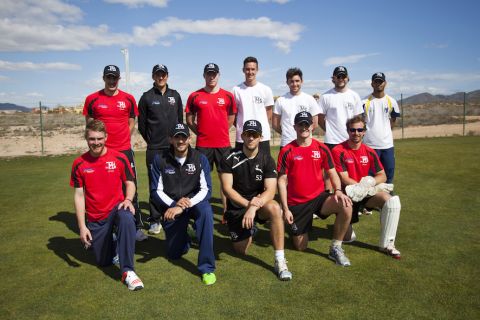 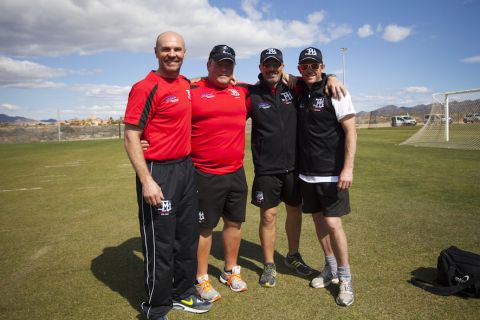 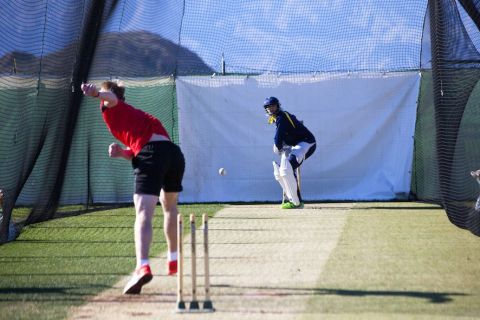 Funded in its entirety by The Tom Maynard Trust, in future years it is hoped the programme might form part of the ECB’s player pathway, designed to work with young and emerging county cricketers at the start of their careers as part of a programme helping them prepare for the UK county season. 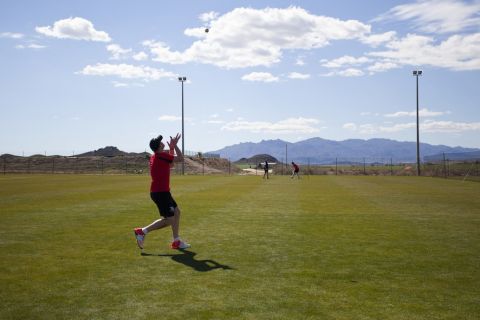 Somerset Director of Cricket Matthew Maynard headed the delivery of the programme.  Former Gloucestershire, Yorkshire and Australia all-rounder Ian Harvey along with Mark Garaway, to help look at the players’ action type and personality profiling, were among those delivering specialist sessions to the players; and former England Head Physiotherapist, Dean Conway, oversaw the fitness and physical work of the players whilst at Desert Springs. 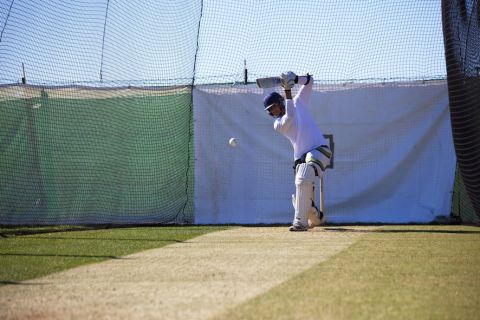 The Academy worked on a specific and carefully planned programme covering technical skills, strength and conditioning and both individual and group activity culminating with a special one-day match between the Tom Maynard Academy XI and the Spanish National side. 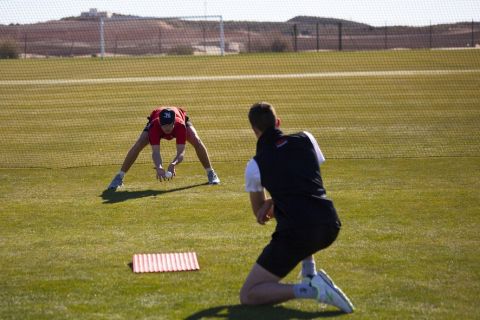 “The nets and the way the group was looked after were, again, outstanding

We had a really fabulous group to work with.  Twelve players, drawn from ten of the first class counties: a real mix of characters and personalities. The players bonded and there was a wonderful camaraderie within from the group.  Work has been hard, both in the nets and away from them on the various fitness programmes organised by Dean Conway, and as all of the players have individual programmes to follow, the way the Academy timetable had been arranged, they were all given sufficient time to work on those.

The support we’ve had on the ground has been absolutely brilliant.  Desert Springs is a great place to seclude yourselves away as a group.  The resort has everything we need, the facilities are very good and the food has been great.

The surfaces played very well and the facilities, with so much space for fielding, room for kit, bowling machine and pretty much all you’d need for a small group practicing outdoors for the first time this year, were close to spot on.  Everything we need for a group of cricketers working outdoors early in the year is right here.” 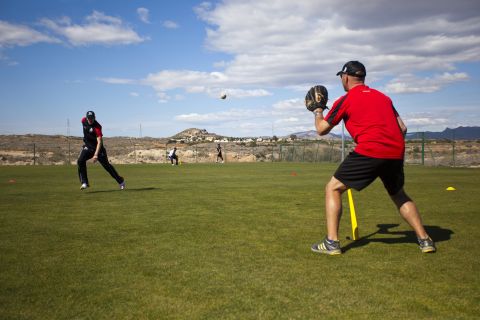 In addition to the net sessions, there was a heavy emphasis on fielding.

One of the objectives of the camp has been to provide some off field support and to offer some tools to help the players with their game plans and preparation. All have had one-to-ones to discuss game plans, to find out what aspects of the week will be of most value to them to take into the coming season.

Mike Fatkin delivered a session to the players on the work of the Tom Maynard Trust, important background for the Academy intake.  He spoke about some of the educational projects the Trust was now involved in and a healthy discussion took place about some of the pitfalls of life as a young professional sportsman; everything from anti-corruption to insurance and injury, from contracts and agents to alcohol and through to career planning.

“We look forward to returning to Desert Springs in 2016!”