It gives us great pleasure to announce that Desert Springs Resort has been selected to host this years season-ending Tour Championship of the PGA EuroPro Tour for the second consecutive year between Wednesday 19th – Friday 21st October 2016.

Offering direct access to the Challenge Tour through the final Order of Merit, PGA EuroPro Tour players will compete for over £800,000 of prize money in 14 main events at some of the UK and Ireland’s premier golfing venues, including The Oxfordshire, East Sussex National and The Carrick on Loch Lomond.

Only the top 60 golfers on the tour’s ‘Race To Desert Springs’ after the final event of the regular season at Moor Allerton Golf Club qualify to play the Tour Championship, which carries an increased prize fund with every golfer guaranteed a pay-out.

The purse for the Tour Championship began the season at £60,000, but with any surplus from each regular-season event prize fund added, this figure it is set to rise considerably by October.

The best players on Europe’s leading development tour will be competing to seal their place in the top five on the ‘Race To Desert Springs’ at the end of the event and earn themselves a Challenge Tour card for 2017.

The Tour Championship at Desert Springs will be filmed for a two-hour highlights package to air on Sky Sports in the UK in November, and on 98 networks around the world including Fox International across Asia, Fox Sports Australia, Fox Sports in Turkey, Greece, Malta and Cyprus and StarHub in Singapore, reaching over 400 million homes.

“Desert Springs Resort is both delighted and honored to have been invited to be host to the Tour Championship for the second year in succession.

Since 2002 The PGA EuroPro Tour has played a vital part in the early careers of some of the biggest names in golf who have gone on to great success, paving the way for Ryder Cup Players, Major Winners and European Tour Winners, most latterly Andrew Johnston, winner of The Spanish Open at Valderrama Golf Club last weekend!

We very much look forward to welcoming the class of 2016 to Desert Springs Resort and to providing them with a wonderful experience.”

“I am delighted that the tour will be returning to Desert Springs Resort this October.

Our Tour Championship there last season was a resounding success and I am thrilled to be able to continue our partnership with the Resort this year. The Indiana Course is a true gem and the team at Desert Springs Resort ensured we enjoyed one of the most successful Tour Championships the EuroPro has seen.”

“Obviously it is imperative that we provide our property owners and members with as much notice as possible of the programme of events, enabling them to plan their holidays accordingly.”

Please see below the schedule for the 2016 PGA EuroPro Tour Championship.

We wish to advise all of our members and property owners that packages for entry into the 2016 PGA EuroPro Tour Championship Pro-Am will be made available, providing the opportunity for them to play with some of the best Professional golfers in Europe.

The Indiana course will be open for limited general play on Monday 17th October, with available tee times to be announced, once the final event itinerary has been agreed with the PGA Europro Tour. 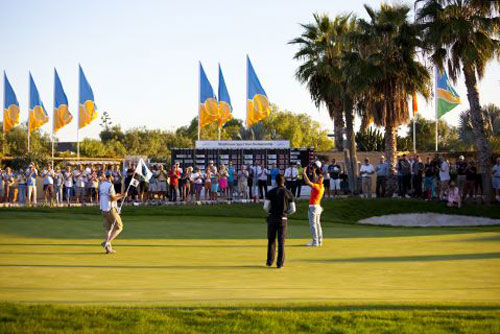