The Golf Academy was the place to be at Desert Springs just before Christmas, with 9 of Britain’s top women golfers from the GB&I Training Squad making the most of every hour of daylight, honing their already exceptional skills on the practice area.

The GB&I Training Squad consists of the top players from England, Ireland, Scotland and Wales. The players are preparing for 3 prestigious team events in 2007/8. In May, they will represent Great Britain and Ireland in the Commonwealth Team Championships in South Africa, then they will play against the Continent in the Vagliano Trophy. Finally in 2008 the team will play against the USA in a historic Curtis Cup to be played at the Old Course, St Andrews.

The squad will be back at Desert Springs in January and February, so be sure to look out for some exceptional talent at the Academy. They are accompanied by their Captain, Mary McKenna, one of golf’s leading amateur players and the most successful Curtis Cup player ever to have represented GB&I.   Mary comes from Dublin and will be a frequent visitor to the resort over the next few months; no doubt she will be very well known to our Irish members.

Desert Springs continues to be a favourite destination for top women golfers. Ladies European Tour players Becky Brewerton and Trish Johnson have just spent 2 weeks at the resort preparing for their appearances in the World Team Championships at Sun City early in the New Year. Becky will partner fellow Welsh pro Becky Morgan, whilst Trish will play alongside her great pal Laura Davies. Members at Desert Springs can enjoy seeing both players in action in the GOLF4ALL Pro Am to be held at Desert Springs 8th and 9th January.

The Welsh Ladies Golf Union has also been at the resort this week sporting their Desert Spring’s Uniform.    Breanne Loucks, star of the 2006 Curtis Cup Match, has been joined by Sahra Hassan and Tara Davies as the Welsh players to be selected for the GB&I Squad. 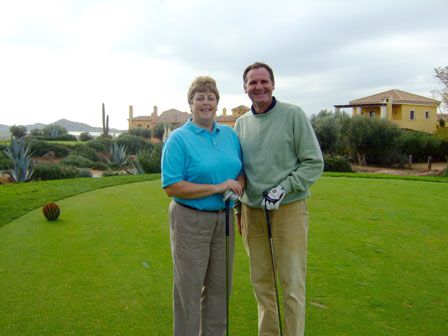 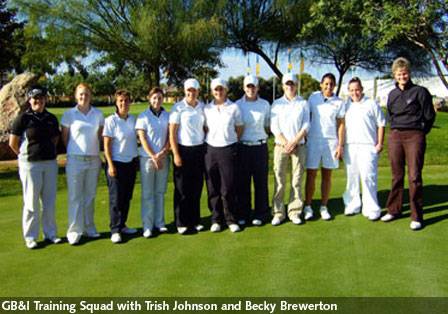