The MCC (Marylebone Cricket Club) are the largest and most famous cricket club in the world. Their European International Spirit of Cricket T20 tournament, held between Friday 12th – Saturday 20th November at Desert Springs Resort, Europe’s only international award-winning luxury family resort with its very own ICC accredited Cricket Ground, in the Almanzora region of Almeria, Andalucía in south-east Spain, has now been successfully completed.

The Spirit of Cricket T20 Tournament was hosted by the MCC and brought together four (4) European countries to participate – Austria, Germany, Italy and Spain, with the MCC providing two strong squads. Teams played each other twice in white ball T20 matches.

The event was divided into two (2) parts with Germany, Italy and the MCC starting proceedings. The impressive German team remained unbeaten to lift the trophy in glorious winter sunshine. Time was also well used to practice at the Desert Springs Cricket Academy and the ICC nations gained immeasurably from the experience of playing the MCC.

“The two visits I have had to Desert Springs with Italy have been fantastic. The staff are always helpful.

Desert Springs offers everything we as a cricket family require both in relaxation and in training. Highly recommended for any future tours or planning of cricket development for Italian groups.”

Austria and Spain arrived for the second event with a second MCC team. Although badly affected by the weather we still saw some great matches with Spain unbeaten and Austria winning a thrilling game with the MCC.

“I wouldn’t hesitate to recommend Desert Springs to anyone looking to go away and improve their cricket close to home. With facilities all on site, including grass practice and match wickets, and a picturesque main ground, it’s an ideal venue for any touring side.”

“Unfortunately, we were not blessed with the usual Desert Springs weather, but we got a great look at the incredible facilities here and still managed to play a couple of closely contested games against Austria and Spain.”

“The facilities and service at Desert Springs were first-class.

We were made to feel at home and able to concentrate on a successful tour both on and off the pitch.”

The players and coaches were accommodated in some of the privately-owned Apartments and Villas at Desert Springs Resort and the resort’s executive chef was on hand to cater for the special dietary requirements of individual players dining in the Crocodile Club restaurant. 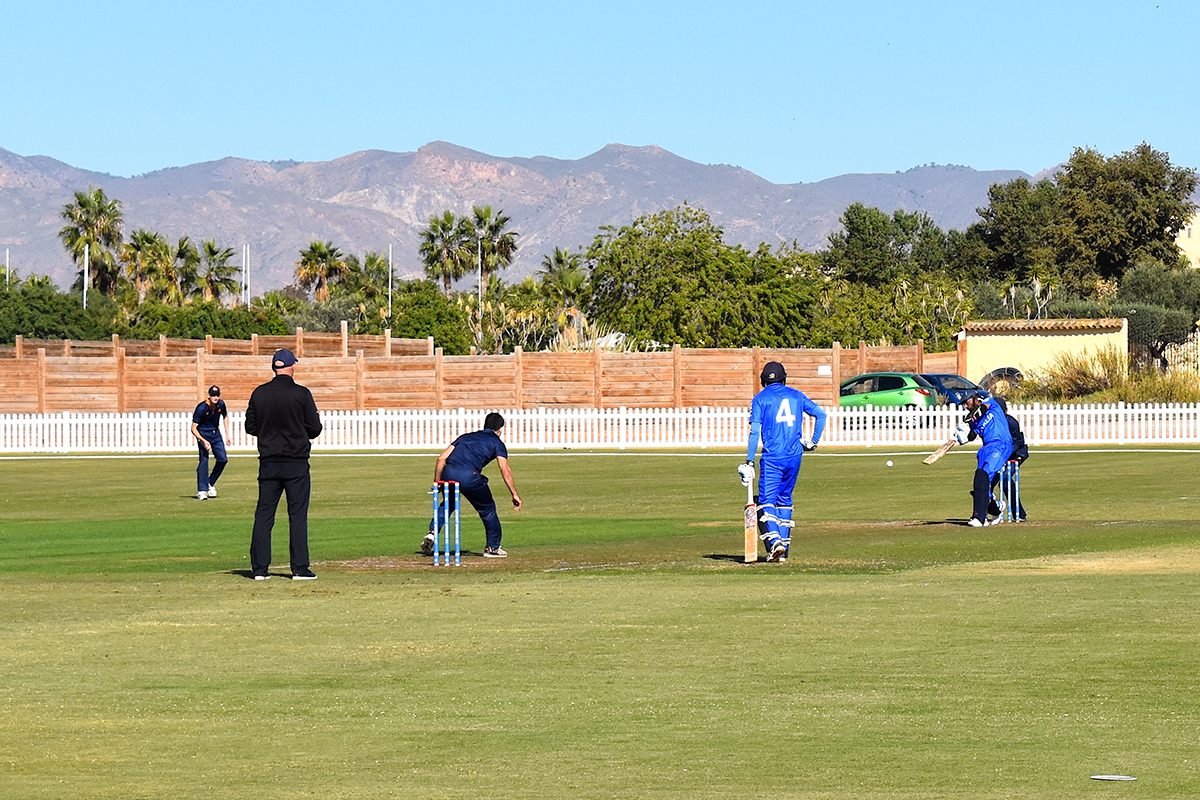 Action from the Cricket Italy vs MCC match 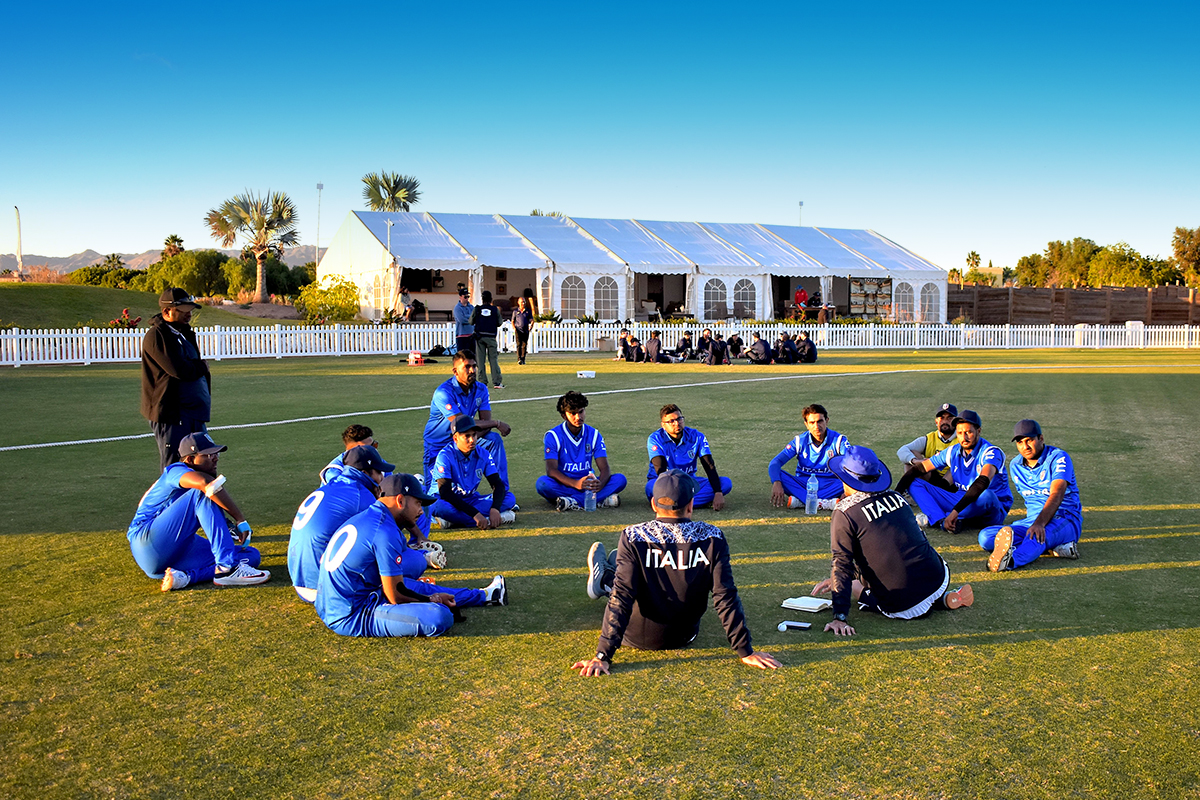 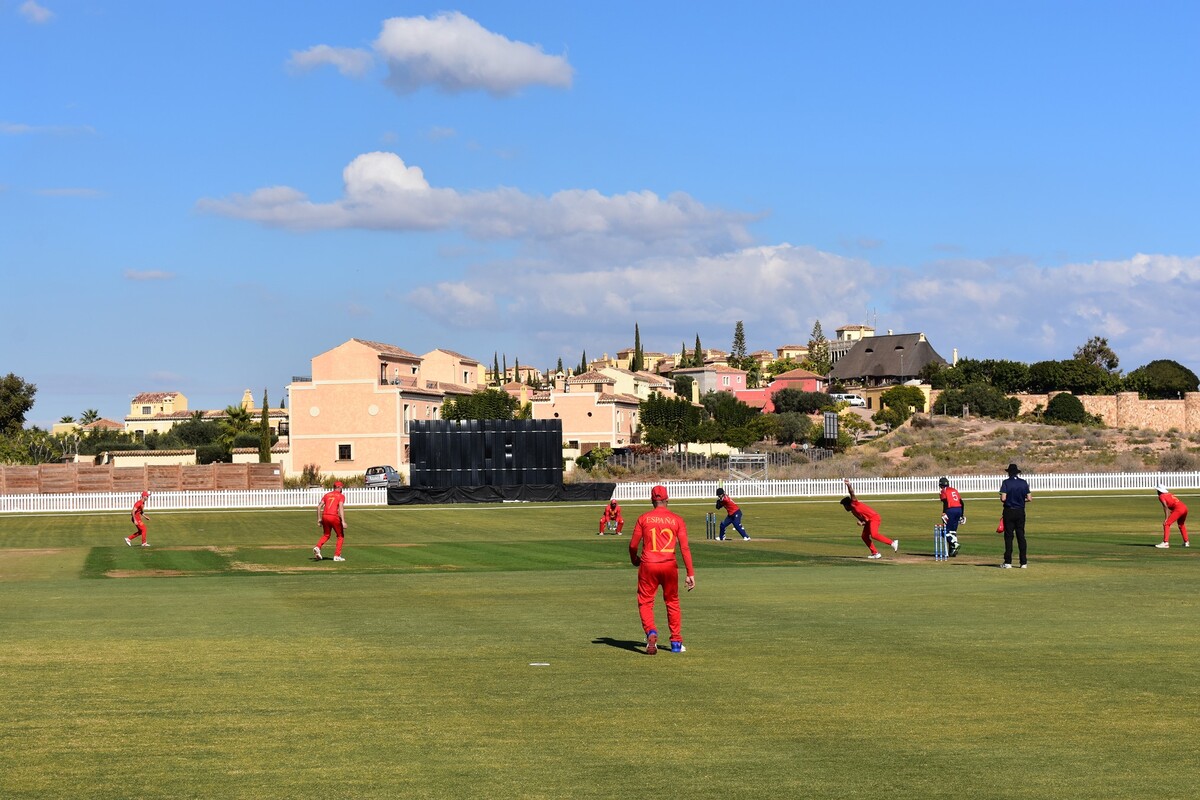 Cricket Austria on the attack against Cricket Spain 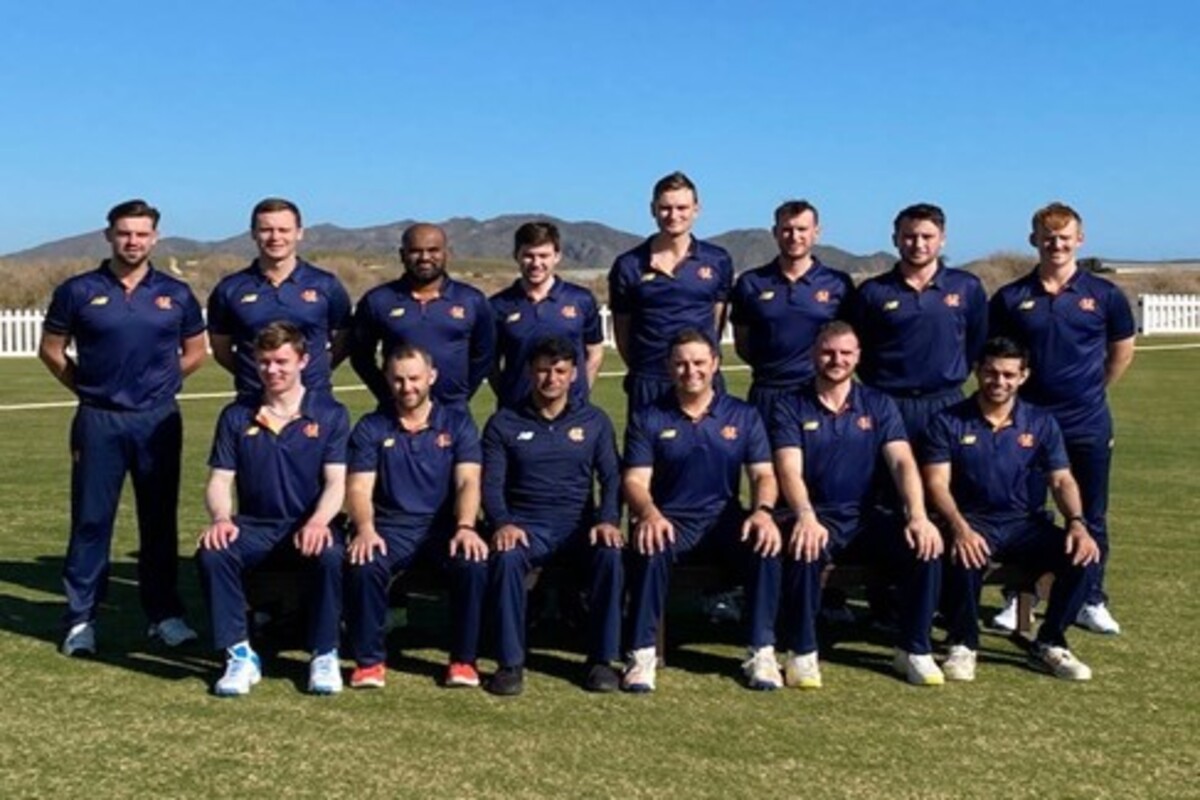 MCC prior to their games with Germany and Italy

Overseas tours are a crucial part of the Club’s commitment to the global game and over the past 18 months, both the men’s and women’s touring programmes have been on hold due to the complications of overseas travel caused by Covid-19.

The two MCC squads are made up of players who represent the Club throughout the course of the year. Chris Swallow and Thomas Rash are the captains of the respective sides, who will be managed by former Pakistan international Yasir Arafat and Paul Davidge. Marcus O’Riordan, of Kent, and Glamorgan’s Steven Reingold are among the players involved.

Germany and Italy have most recently competed in the ICC Men’s T20 World Cup Europe Region Qualifiers at Desert Springs, whilst Austria and Spain were in T20 International action earlier this year.

“Overseas touring is a vital part of the Club’s commitment to the growth of the global game, and we are thrilled to be able to restart our touring programme with this tournament in Spain.

The quality of cricket will be of a high standard and bringing these nations together to face each other, and MCC, will be of great benefit to all involved. It also provides another opportunity for our Playing Members to represent the Club.”

The players, coaches and officials will be accommodated in some of the privately-owned Apartments and Villas at Desert Springs. The Crocodile Club will be the base for all teams in the event and the resort’s executive chef will be on hand to cater for the special dietary requirements of individual players. The four (4) event dinners will undoubtedly be a highlight of the week with speeches and awards guaranteed to raise a smile. 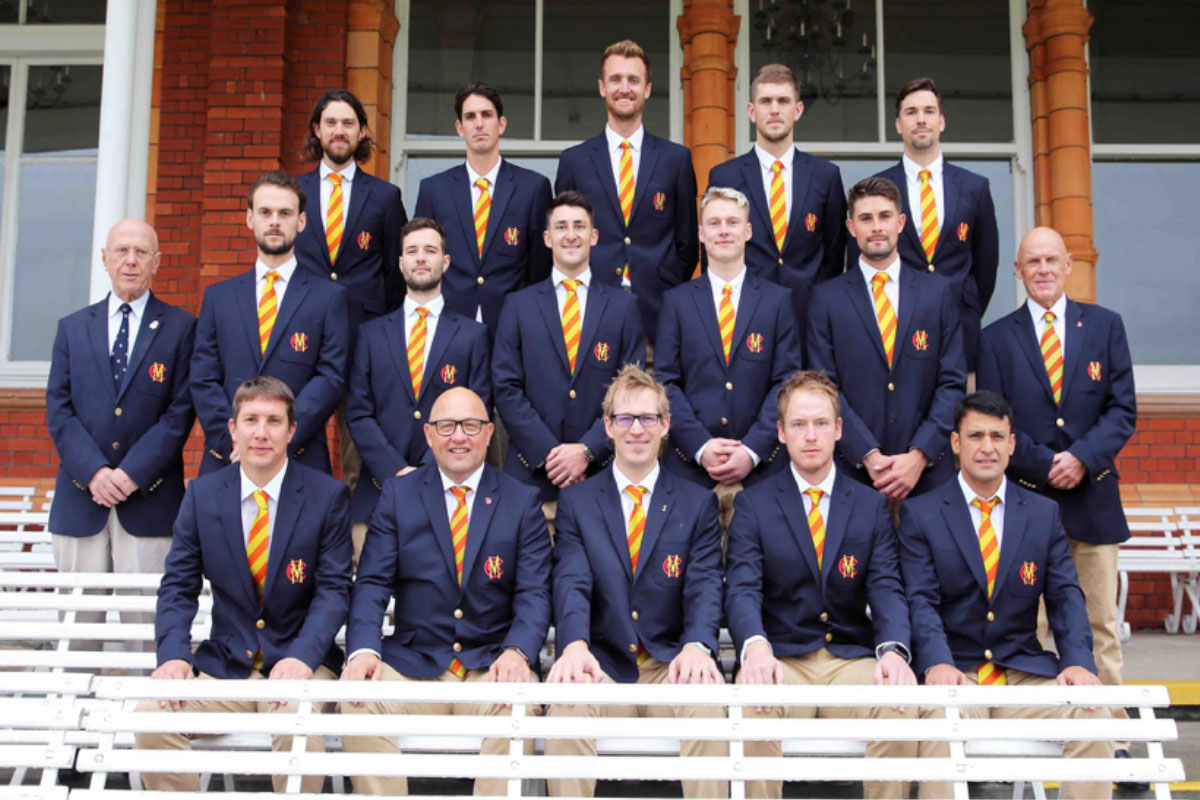 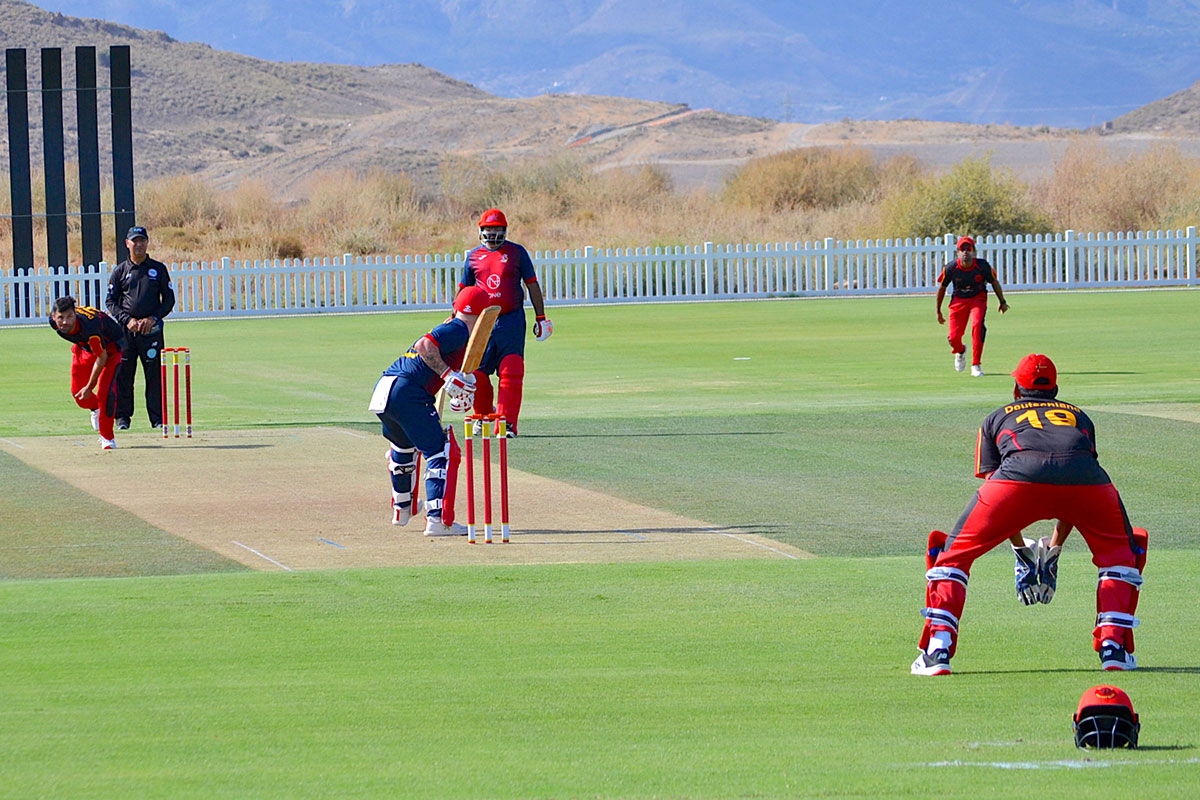