The field, comprising some notable former European Tour Stars such as; Juan Quirós, José Manuel Carriles, Domingo Hospital, Pedro Linhart and Pepín Rivero (European Ryder Cup Team Member in 1985 & 1987) competing on the always-challenging Indiana Course, which once again proved to be a demanding test of golf, during a three day Medal Play competition to find the Champion.

By the end of the tournament, only six players managed to score below Par on the Indiana Course, and on top of them all, José María Buendía held his nerves to claim the title with a total of 210 strokes, six under par (73, 68, 69), closely followed by José Manuel Carriles, with 211 strokes, five under par (71, 74, 66) and Juan Quirós, with 212 strokes, four under par (77, 67, 68) who had to fight against a poor start to get into contention. Domingo Hospital, Diego Morito and first round leader, Juan Carlos Piñero, tied for 4th place with 215 strokes, one under par.

“I am very happy. It’s the payoff for hard work. I had been chasing it for a long time and it has finally come. I played very relaxed, which paid off on this course, which is simply fantastic.”

Once again, the tournament was decided on a nerve wrecking 18th hole, where José María Buendía had to make an incredible second shot to a very tricky back left pin placement, leaving himself a 3 foot putt for birdie and the win, which he converted.

“Congratulations for the course. The conditions were superb and it was an absolute joy to play.”

“The course was in great conditions and I would like to congratulate the staff for keeping it so well.”

“I had not been back since 2007, and the course looks even better now than back then. Thank you Desert Springs and I am sure that we will be hosting more events here in the future.”

“It has been my first time at Desert Springs and I have been very positively surprised by the quality of the golf course and the hospitality. The course proved to be a fair test of golf and the comments from the players have all been very positive. The course was presented in great condition, which allowed us to set up the course the way we wanted. The accommodation was also very convenient and provides easy access to the course. The food was delicious as well. Desert Springs is an outstanding venue for Championship golf!” 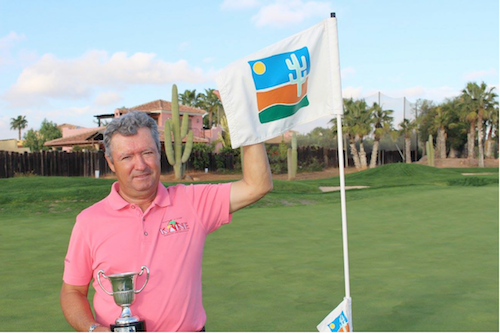 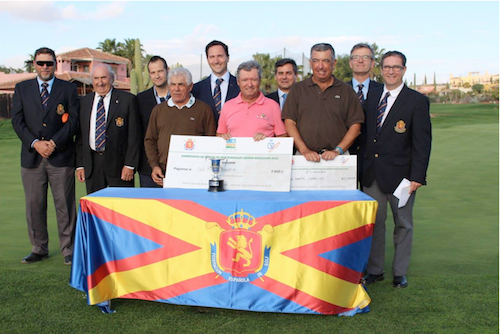