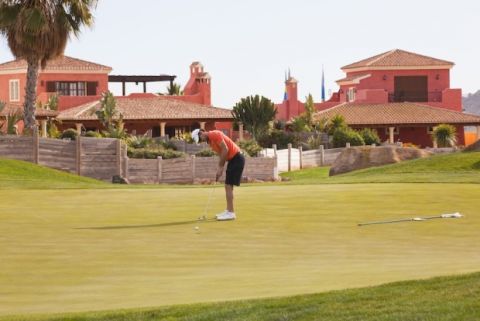 Recommend to him by Michael Welch, Head Coach at the Lee Westwood Golf Academy who had just completed their annual winter training camp for Eighty-one students at Desert Springs Resort in January, Nick commented:

“The location and host facilities were absolutely beyond our expectations and the accommodation provided was excellent.  The resort staff were overly helpful, friendly and amazing!”

A protégé of Nick Faldo, Nick had an exceptional amateur career. After turning professional in 2001 he gained membership to the European Tour for 2002 and in his début season finished 36th on the Order of Merit, and was named the Sir Henry Cotton Rookie of the Year.

In 2005 he earned his first victory on the European Tour at the Caltex Masters in Singapore, going on to reach the top 100 of the Official World Golf Rankings in the middle of the year, and ended it in 15th place on the final European Tour Order of Merit.

Leader after the first round of the 107th U.S. Open at Oakmont Country Club, Nick eventually finished the tournament in a tie for seventh place which gained him automatic entry into the following years championship and the U.S. Masters. Later that year he secured his second European Tour victory at the Alfred Dunhill Links Championship and finished the season placed 11th on the Order of Merit and then went on to record his third European Tour victory at the 2009 BMW International Open.

“The resort is one of the best golf resorts I have been to in Europe. The facilities for practice are second to none and Desert Springs is a great place for players of all standards to come to improve their game and have fun at the same time.”