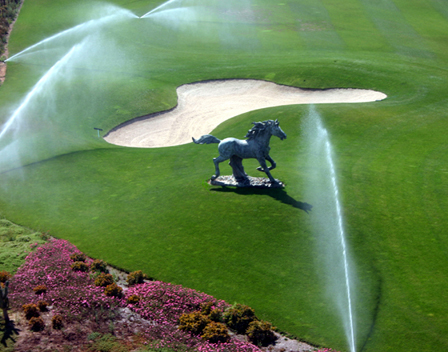 Voting in the eighth annual election of the Desert Springs Golf Club to choose a Vice-captain, a Treasurer and two members each for the Club?s Handicap and Competition Committees for the period 1st April 2012 through to 31st March 2013 closed at 18.00 hrs on the 31st March. Validation and counting of all votes received has been completed and the names of the candidates elected by the membership are as follows;

?The Club would like to extend its thanks both to those members that stood for election and those who demonstrated their confidence in the nominees and exercised their right to vote, thus ensuring the election of a new Vice Captain and Club Officials as a whole.

The first meeting of the newly elected Club Officials will be held on Thursday 12th April at Desert Springs and we look forward to welcoming them and working together, with the aim, as always, to build upon the foundations created by previous Club Officials for the benefit of all.?

The ?Captain?s Drive In?, to welcome incoming Captain Sergio Saavedra and the newly elected officers has been scheduled for Friday 13th April. Entrance forms are available at the Club Reception in the normal manner.