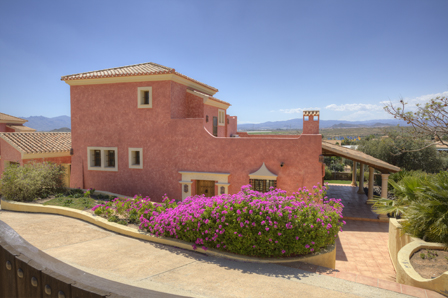 The Spanish authorities are making strenuous efforts to collect more tax.  In this respect, a new law has come to our notice, which might affect some Owners. We feel that we should bring it to everyone's attention; forewarned being forearmed.
Spanish law regards all owners of property in Spain, including non-residents, as tax payers in Spain in so far as their property is concerned.  It requires an annual declaration to the tax authority of an assumed token rental income or of the actual rent received, if any, from that property. This is regardless of whether the owner is already paying tax on those rents in their own country of tax residence. Where letting is via a proper letting  agency, then 24.75% retention is automatically paid to the authority on account of tax due.  This tax is then normally set off against tax due at home.
Some owners may be renting their properties privately and directly to holidaymakers without paying  this tax. Often payment is made to a foreign bank account outside Spain. The Government is aware of such arrangements and has just approved a draft law, 'La Ley de medidas de lucha contra el fraude fiscal', ("The Law of measures to combat fiscal fraud") to counter them.
Amongst other provisions, this law provides for a minimum fine of 10,000 Euros on owners not declaring their rents received in overseas accounts. This applies to both residents and non-residents with income from letting a dwelling situated in Spain.  If the law is not observed, then the tax payer shall be fined 5,000 Euros for each rent not declared, subject to a minimum fine of 10,000 Euros.
The liability in respect of such non-declared income will now never become "time expired".  This is all but unique in Spain, the only other crime, which never becomes time expired, being that of genocide.  With a desperate shortfall of tax, there will be a big effort by tax inspectors to collect.
The increasing transparency of banking arrangements and the exchange of taxpayer details between all European countries, including tax havens, means that, sooner or later in the future, such arrangements will become known to the tax authorities and it now appears that the liability will forever remain retrospective at least as far back as this year.
Please also be aware that this might also give rise to further complications where the rent was for a property not licensed for letting.
For further information contact: Brigid Irwin, The Property Management Department
Tel: +34 607 617 430
Email: bei@almanzora.com